Michael Rider and Ceara Crandall have over 30 years of experience teaching voice.  Both have a high level of practical and theoretical knowledge in training singers in Classical and Contemporary styles, including Country, Music Theater, Belt and Top 40 or Modern Pop.  Their teaching collaboration began in 2004 and has continued to present with the opening of their studio.  Michael and Ceara teach individual lessons, give master classes and co-teach to give their students the greatest benefit. 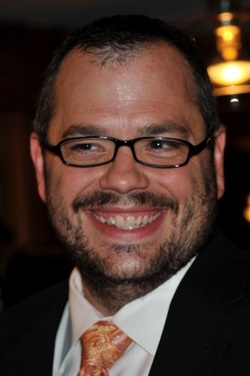 Michael C. Rider is a voice teacher, coach and performer in the New York City area. He is currently serving as an adjunct voice faculty member at Montclair State University and at CAP21. He is also a member of the faculty Centre Stage Dance and Theatre School of East Brunswick, NJ, and the Worth­Tyrell Studios in Morristown, NJ as well as running a private voice studio in New York City that focuses on music theatre techniques, specializing in the
development of the belt voice, as well as repertoire coaching and development for auditions and performances. His
students have been seen in New York City on Broadway(Bye, Bye, Birdie), off Broadway, at the NYMF, Brooklyn Lyceum, and other venues as well as in the national tours of Chicago, Full Monty, Fiddler on the Roof, Dora the Explorer,and numerous TheatreWorks tours including Junie B. Jones. His students also perform in regional theatre companies around the country including leads in Sunday in the Park with George and Jekyll and Hyde, Rent and Babes in Arms at Weathervane, and Chicago and Sweeney Todd at Cohoes Music Hall and have also been seen in around the world in Wicked (Tokyo), Broadway Bound Revue (Beijing), and Beauty and the Beast and Last Five Years (Hong Kong).

Michael also works with high school students to prepare for college theatre auditions and have been accepted into top schools including Penn State, Florida State University, University of the Arts in Philadelphia, Pa., North Carolina School of the Arts, Shenandoah Conservatory, Montclair State University, and Emory University. He has also worked collaboratively at the piano with students to perform cabarets at The Duplex and and Don’t Tell Mama’s, and will be seen the spring in his own Cabaret at the Duplex. Michael has served as a clinician at the Beacon School in New York and for the North East Theatre Festival for the EDTA (Educational Drama Teachers Association). His on stage credits include the Witch in Hansel and Gretel, The Mayor in Albert Herring, Tamino in Die Zauberflöte, and
chorus in La Cenerentola and Madama Butterfly.

Other credits include Guys and Dolls, Joseph and the Amazing Technicolor Dreamcoat, Evita, Anything Goes, Brigadoon, Oliver!, and Music Man. Musical Direction credits include The Music Man, Once on This Island, Rent, Sweet Charity, Bye, Bye, Birdie!, Hair, Peter Pan, The Reluctant Dragon, Blood Brothers
and Anything Goes. Michael was also the founding musical director for Unsung: A night of original songs by new and established composers, a benefit cabaret for Broadway Cares/Equity Fights AIDS. Michael has also worked as a coach and accompanist for the students of the Musical Theatre Program at Penn State andWestminster Choir College at Rider University. 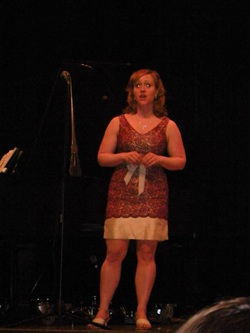 Ceara Beth Crandall is also a voice teacher, coach and performer in the New York City area.  She is currently finishing her final course work in her DMA (Doctor of Musical Arts) in Vocal Pedagogy from Shenandoah Conservatory.  Her former teaching positions include serving as an adjunct voice teacher at Raritan Valley Community College, and Raritan Music Center.  She is a certified teacher of CCM: The LoVetri Method, as well as having significant classical vocal pedagogy training as well.  Her studio in NYC focuses on classical training, and contemporary singer/songwriter work.  Her work with Music Theater students focuses on development of the mix and belt and transition from legit classical singing to contemporary styles.

Her students have been placed at colleges and universities throughout the country, including NYU, Westminster Choir College, Leigh Valley College, Eastman School of Music, Manhattan School of Music, Temple University, University of the Arts and Boston Conservatory.  Her singer/songwriter students have recording contracts with Big Bender Records, and Nightmare Records.

Ceara has sung professionally in both classical and contemporary genres including recording credits with the Prog Metal Band Suspyre.  Her classical credits include work in Italy and the United States in, Don Giovanni, La boheme, Le Nozze di Figaro, Carmen, Dido and Aeneas, Little Women.  Her musical theater credits include Godspell!, Guys and Dolls, Into the Woods, You’re a Good Man Charlie Brown and The Last 5 Years.

Ceara maintains an active singer career as a soloist, in addition to her recital work.  She is a clinician and is a published vocal researcher.  Additionally, Ceara is completing her certification to work as a Music Therapist.  Ceara is an active member of The National Association of Teachers of Singing